Hello my lovelies, wow I cant believe another week has passed already. Well they do say that time flies when you're having fun don't they!

To say that I am having fun is a huge understatement. Is it silly to say that I think I was put on this earth to sew? I know it sounds totally ridiculous, but when I am sewing and making things I am totally and utterly contented. Its a very long time since I have felt like this. and I am trying everything in my power to be able to work it so that I can find a job that I can do that will give me the freedom to focus on sewing. Mission impossible!! I choose to accept the mission :D 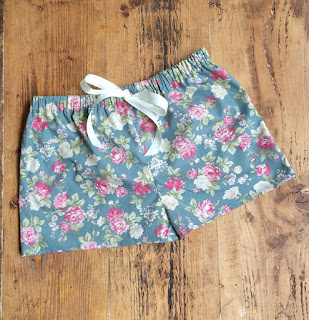 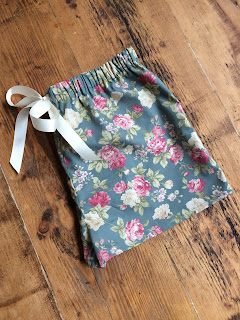 I downloaded a free pattern from Craftsy, I cut out a medium as that is what the measurements said I should cut. But when they were sewn together they were absolutely massive and I mean ridiculously!!! You could have gotten myself and my other half in them :D

I ended up unpicking them, re-cutting them as an extra small (which I have to add I am not lol) adding a facing to the waistband and re-sewing the whole lot back together. It should have only taken me about an hour to make these but I think it ended up being about 3 hours in total. They are really simple to make (when you have a pattern that bloody fits) and don't take much fabric. I spent most of the time faffing around with the pattern rather than sewing but I suppose I learned some valuable lessons, including adapting a pattern to my measurements.

They fit perfectly and I love them.