So I thought I'd make the most of my last day off. I got up early, went to the post office to post some orders and went to pick a few things up from the supermarket. As a rule I never bake, or make anything that is complicated. Not that I don't want to just that I never have the time.

Taking advantage of today I decided I was going to bake some bread and make some cakes. Now no laughing here!!! This is a good attempt for me :)

Chocolate Crispies!! Always a winner, there's nothing that can go wrong with these babies! And TA DA here they are.....I made extra large ones in muffin cases as it stops the other half from eating 5 of the normal sized ones. 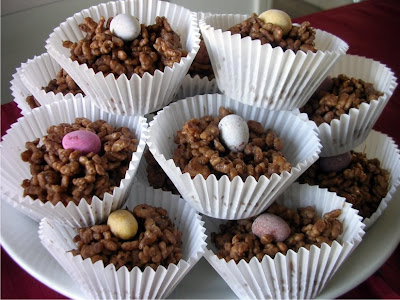 Next on the list, I thought lets try making brownies. I even cheated by buying the mix in a box where you just add water, and lets just say there's plenty room for improvement. :) They taste good, I just think the tray I poured the mixture into was too big resulting in very thin brownies. Ha ha..... 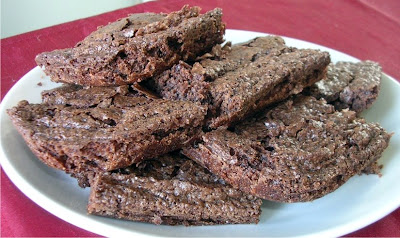 And last of all BREAD, although I did kinda cheat with this too as it was a mix in a bag and AGAIN just add water. But I tell you what......amazing bread!! I think I will start making it more often when its this easy!! 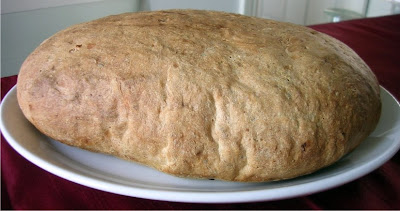 Oooh what a good little house wife I am ;) I am very surprised I didn't burn it or over cook it. Thin brownies are OK with me.
I also rearranged all the stuff in the kitchen cupboards (now I have my new cupboard/utility) which is going to be hilarious stuff when the other half comes in as he wont be able to find anything!! :)
I've had so much fun being off work, wish I could re wind to Thursday and do it all again.
Posted by Bagladee at 19:20