Were still sat here waiting for this so called down pour that was expected. Its been a glorious day today, but I think the rain is needed to clear the air. There's not much going on in the sewing department but there was an afternoon of clearing the garage. Now normally I would be moaning that it was one of those chores I'd rather not be doing but since its a necessity to move on to the next stage of the outdoors renovation I am more than happy to get stuck in. 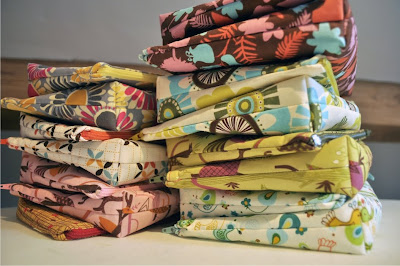 Last week was spent taking photos of new items for my website, I have started listing some but there are still a lot more to go :)

I seem to have lost my sewing mojo and I haven't sewn a thing since my return from Bath. I'm not in the least bit worried, there are a lot of other bagladee things to be getting on with. One of those being looking for some Christmas fairs. I know some I will be too late to apply for but I'm sure there are still some out there that haven't reached their closing date for applications. Any suggestions?
Posted by Bagladee at 23:45