As promised here are some photos from my trip to Madrid, I could almost feel the heat as I browsed through them. Ahhhhhh................. 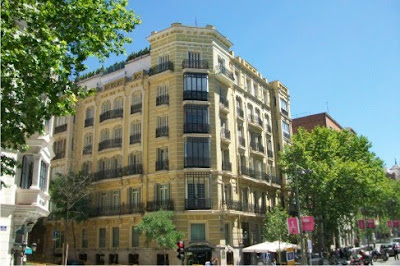 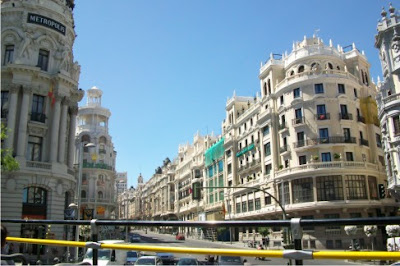 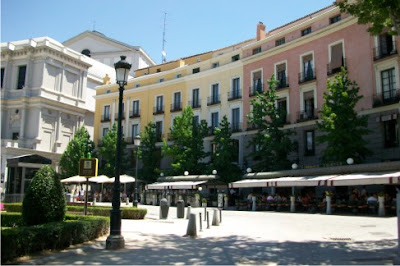 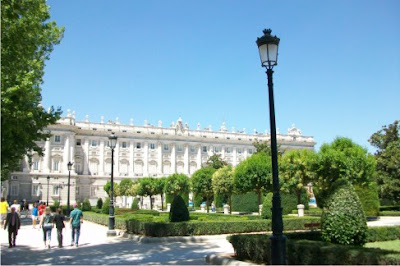 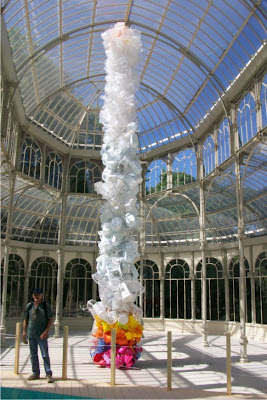 We visited the Palacio de Cristal in Retiro Park which was modeled on London's Crystal Palace. There was a strange art installation inside made from plastic house hold items. 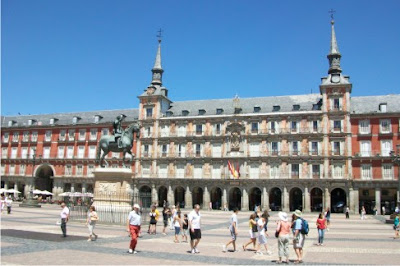 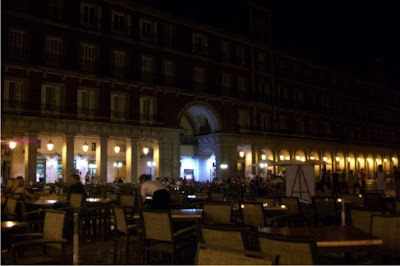 We ate here most nights because it was so pretty and romantic, there were accordion players walking round which filled the square with ambient music. 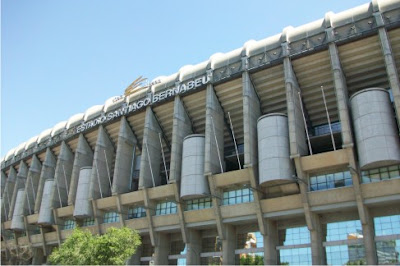 And we visited here, I took loads of photos inside of the BERNABEU but I know there aren't many football fans in the craft world so I haven't bored you with them. The tour was amazing and I got to sit in the dug out!! :D 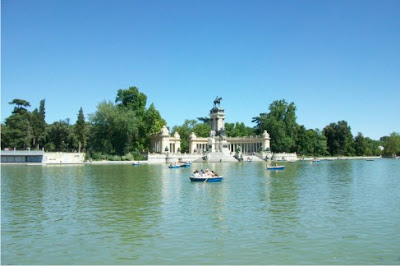 Back in Retiro Park we walked round the boating lake, watched the fish being fed and laid in the sun whilst eating ice lollies...... 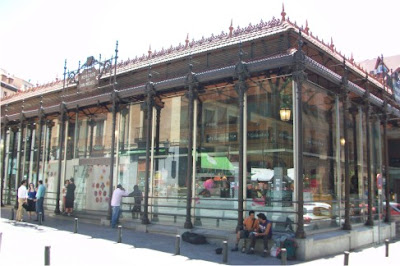 Everywhere should have one of these indoor markets, I have never seen anything like it before. Inside there were fish stalls, meat stalls, bread stalls, olive stalls, fruit stalls, a wine bar, a sushi bar, a caviar bar...........and many more. You could buy to take away or you could buy and sit at the many tables in the centre and enjoy the delicacies whilst chatting with your friends. It was AWESOME!!!!!!
****************************************
And if you've managed to hang in there throughout the photos and commentary.....time for my big news. On the Sunday evening we went to a lovely restaurant where we ate Paella and drank Sangria, we took a long walk back to the hotel where we were staying and in the courtyard Chris asked me to marry him.........and I said YES!!! I am officially ENGAGED!!!! I was sooooo surprised and found myself not really hearing anything he was saying because I was too busy gawking at the ring and thinking OH MY GOD. I am so happy, I've been bursting to tell you all but I had to make sure that all family members were told before I announced it here. I cant show you my ring yet as its being re sized but as soon as it is back on my finger I will post a pic. And on that note I'm off to skip......tra la la la la la.
Posted by Bagladee at 19:29