Isn't it beautiful? I have spent at least the last hour trying to chose a minimum number of photos to show you.....well how difficult was that!!! 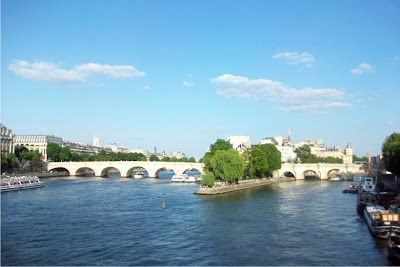 In the fear that I was going to bore you all to tears with my holiday slide show ;) I've tried to whittle it down to a nice bite size few.....OH who am I kidding!!! After I was kindly informed by the other half that I had taken 162 photo's in 2 and 1/2 days, I thought I'd split it over 2 posts with just my very, very favourite photos.

We couldn't have asked for better weather while we were in Paris it was glorious (as you can see from the photo's) lovely blue skys and a just right temperature. I've been to France before but never to Paris and I have to say I was absolutely smitten by the place, I loved it. 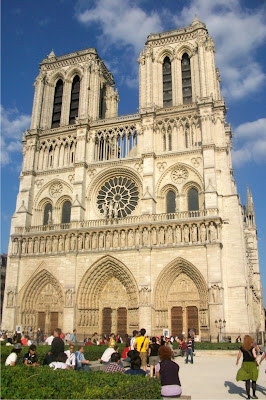 Notre Dame was as spectacular as I thought it would be, although it looked awesome in the sunshine there was a part of me was wondering how much more spectacular it would look on a stormy night with lightening in the background? Very fitting with the Gothic architecture. 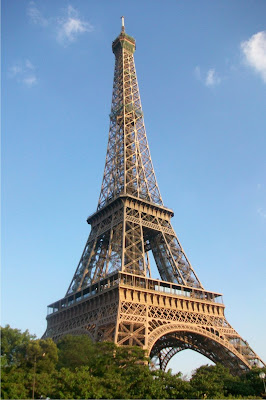 Now it wasn't until I uploaded the photo's to my computer that I realised how many photos I had actually taken of the Eiffel Tower (probably as many as I did of the Statue of Liberty when I was in New York). I think because of it being in so many films etc I was a little bit in awe when I got to see it for real. 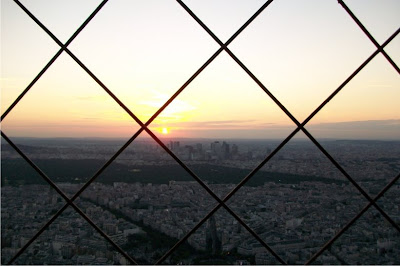 And yes, we did make it all the way to the top and what a view!!! We went up just as the sun was setting over Paris and it was very pretty basking in the orange light. I did have a touch of vertigo which was hilarious when we had come back down and went for a meal, I felt like I was on a boat (or a bit tipsy) which was very strange. 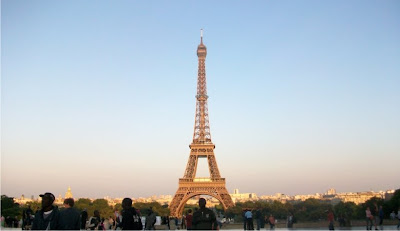 I managed to sneak another from the top of the Concorde. 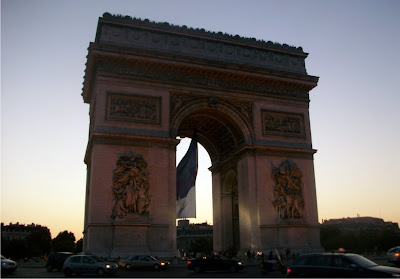 Now I have seen many photos of the Arch De Triomphe as my Dad had taken many on the trip he had made when I was very little. But I didn't think it would be as fun as it was......if you have heard about the round about (so they call it) which the arc sits you will know why I say this.
There are 12, yes 12 junctions off this and this is the only area in Paris where if you have an accident you are not insured by ANY COMPANY!!!!!
And from what we witnessed there are no rules to approaching said round about, its just every man for himself!!!!! We must have spent about 40 minutes just watching the traffic!! I have never seen anything like it in my life. Some people were brave and some were just plain stupid....but it made for great entertainment :D 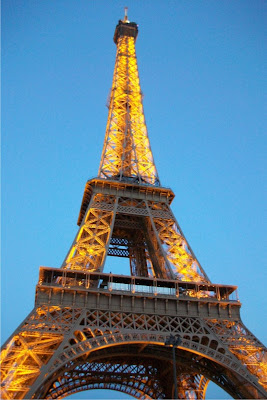 And to finish the post tonight another photo of the Eiffel tower but just as the lights were switched on, I think this is my favourite photo..........back tomorrow with the second installment of photos. Hope you're all having a great weekend. xx
Posted by Bagladee at 22:21